Over the course of the project The Photographic Image between Past and Future, financed with the support of EEA Grants 2014 – 2021 within the RO-CULTURE Programme, Salonul de proiecte’s premises will become a hybrid space combining research activities with the showcasing of the Mihai Oroveanu Image Collection. To this end, a display structure has been designed to house within it the collection, while at the same time serving as an exhibition area. Segmented in this way, the space will allow the research and preservation activities—scanning, cataloguing, indexing, and online publication—to unfold in parallel with public access to exhibitions and events, organised around various themes that take the content of the collection as their starting point.

The first exhibition imagines an elliptic journey through various layers of Bucharest’s architecture, suggesting a more comprehensive understanding of the public space, of which single buildings represent only a small part. This decision was dictated by our own emplacement, as well as by the vast presence of images on this topic within the collection; the selection has been guided by the intention to construct a wide-ranging view—however fragmentary—of an urban space in transformation. These instantiations of urban history, many of them insufficiently known, aim to foster the perception that the past life of the city is never static and frozen in time, never restricted to the interwar “golden age,” when the framework within which the urban élites and the bourgeoisie evolved, frequently depicted in photographs, created the lasting and almost unequivocal impression of a modern city and a prosperous society. The series of exhibited photographs seek to be at odds with various stereotypes of representation, to move away from the centre toward the margins, to make visible broader social categories, and to bring to attention the network of public services that make up the metropolis’s hidden “nervous system”. An eclectic, multifaceted city, impossible to integrate in a uniformly totalizing view, Bucharest shows that the narratives of progress—exemplified, for example, by the pre-war modernist architecture, or by the functionalist modernisation of the socialist period—have always been paradoxical because they suppressed pre-existing urban layers or eliminated others from the historical discourse and from public awareness. It is significant that photography can suspend and deconstruct the monolithic architectural imaginary of a historical period through its capacity to freeze moments of transformation, intermediary stages, construction sites, demolitions, evictions and destruction caused by earthquakes and bombing.

The collective memory is often constructed by recourse to photographs, through the manner in which they are disseminated, charged with meaning, mythologised through the intersection of the socio-political and cultural conditioning they impose on the present. It has been our intention to also bring to light through this project the ways in which the image and politics of representation of a city or nation has also been time and again mediated by recourse to architecture. Certain series of photographs bring to attention the wide-ranging exhibition projects of the interwar period, whose purpose was to promote the history and development of the city through ambitious deployments of forces in which the joint rhetoric of exhibition, architecture and photography reflected and reinforced each other. Beyond the remembrance of episodes of recent history that signal to us that cultural policies could have grander aspirations, such examples might also prompt a recalibration of our relationship with the city, the activation of a “civic,” critical, and responsible view of past and present in equal measure.

Details regarding the interventions of contemporary artists and the guided tours of the exhibition will be announced in advance on the project’s webpage and on social media.

This exhibition is part of the project Photographic Image Between Past and Future. Its main objective is to preserve and bring into public circulation an archive of photographs of enormous cultural and historical relevance, and at the same time to organise around it contemporary art activities. The project will unfold from June 2020 to November 2021, in partnership with Fotogalleriet Oslo. The total budget of the project is 170,000 Euros, of which the value of the non-refundable financial support is 152,000 Euros.


RO-CULTURE is implemented in Romania by the Ministry of Culture through the Project Management Unit. The Programme aims at strengthening social and economic development through cultural cooperation, cultural entrepreneurship and cultural heritage management. The total budget amounts to 29 million EUR. For more details: www.ro-cultura.ro 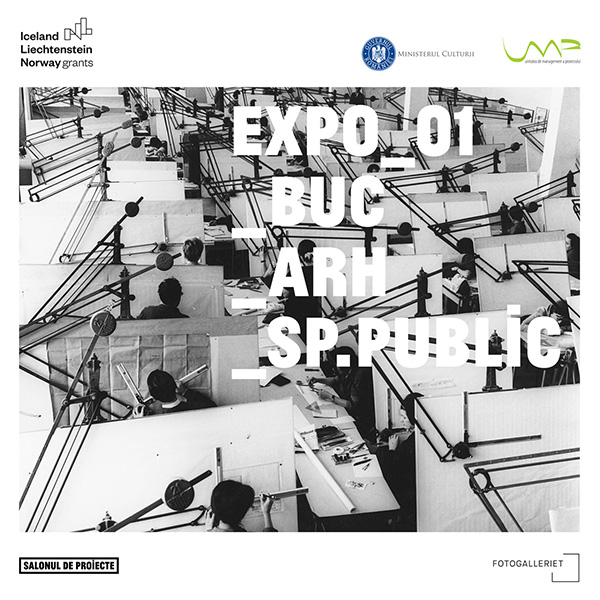