This exhibition, which presents a first selection of images from the photographic archive of Mihai Oroveanu, sheds light on one of the multiple trajectories that it is possible to trace in inquiring into the archive’s historical dimension. This exhibition/montage focuses on a standard iconography to be found in times of historical upheaval: representations of crowds and various types of collective gatherings, viewed through the filter of the camera, a device that is not at all innocent or separate from social, political or cultural conditioning. In inviting the audience to view images of key moments that might constitute as many sequences driving the process whereby national identity is constructed and deconstructed, this approach seeks also to highlight the way in which photography as a medium has been mobilised to facilitate multiple types of representation. From documenting military parades and political rallies to capturing genuine moments of collective enthusiasm, photography is a vehicle in which the world of the sensible and the public sphere intersect in an unequivocal way. Every image of crowds—images that convey, for example, the historical importance of an event or which legitimate a political regime by staging mass gatherings aimed at lending naturalness and spontaneity to the idea of the people—speak indirectly of the construction and limits of the public space, of the role of the media in defining what can be made visible and imbued with the power to penetrate the collective consciousness.

A central aim of the exhibition is to bring to the public’s attention the various types of media that make up the body of the archive. This is why we have opted more often than not to preserve the materials in their existing forms: with only few exceptions, the exhibition presents photographic slides, test strips, original prints, photograph albums. The decision not to enlarge most of the images exhibited—thereby demanding greater attention on the part of the public in order to decipher them—also expresses the intention to approach the archive as documentary material for research, requiring an obvious effort to inventory and analyse it, an effort that has only just begun. At the same time, the deliberate incompleteness also points to the fact that we do not expressly set out to construct narratives that aspire authoritatively to reflect national history via images, but rather our aim is to put together montages in which no single interpretative direction is privileged over another. The complex temporality of certain photographs—which have survived only as reproductions or which have been altered through post-production—shows the way in which this visual material has been requisitioned and hijacked over the course of time for the purpose of imposing historical constructs. Finally, the form and content of the exhibition—the first in a series that inscribes the archive within the current debates concerning images in general, and photographic images in particular in contemporary art – also reflects the subjectivity of the person who compiled it, the way in which he conceived the importance of the photographic image when it comes to understanding the past and history, viewing it not simply as an illustrative material, secondary to other discourses, but as an entity constitutive of present and future.

The images included in the exhibition are shown with the permission of Anca Oroveanu, the holder of this collection of photographs. The authors of the photographs are being mentioned insofar as we have been able to identify them up to this point.

This event is part of the program The Photographic Archive: Transformation of History / Memory and Research, which takes as its starting point Mihai Oroveanu’s collection devoted to photography, program initiated by the Salonul de proiecte Association. 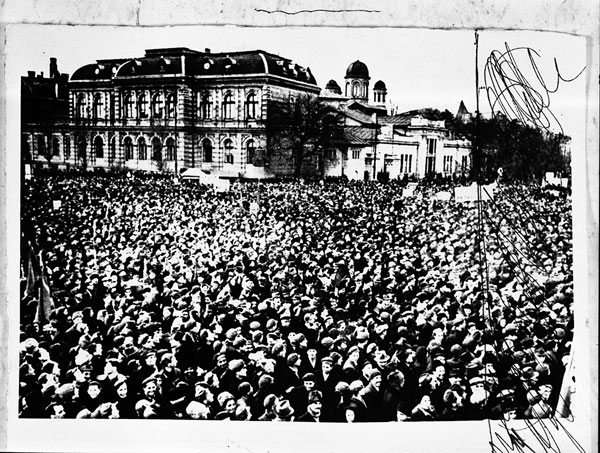 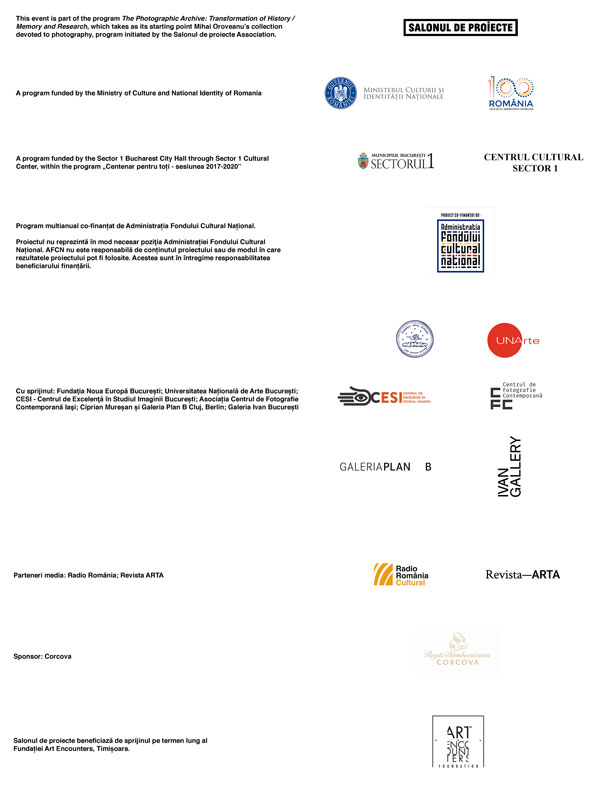