The exhibition will be accompanied by a series of three presentations on the subject, which will be given by architects Laura Popa-Florea, Alex Răuță and Irina Tulbure and will be held at Salonul de proiecte in October 2016. 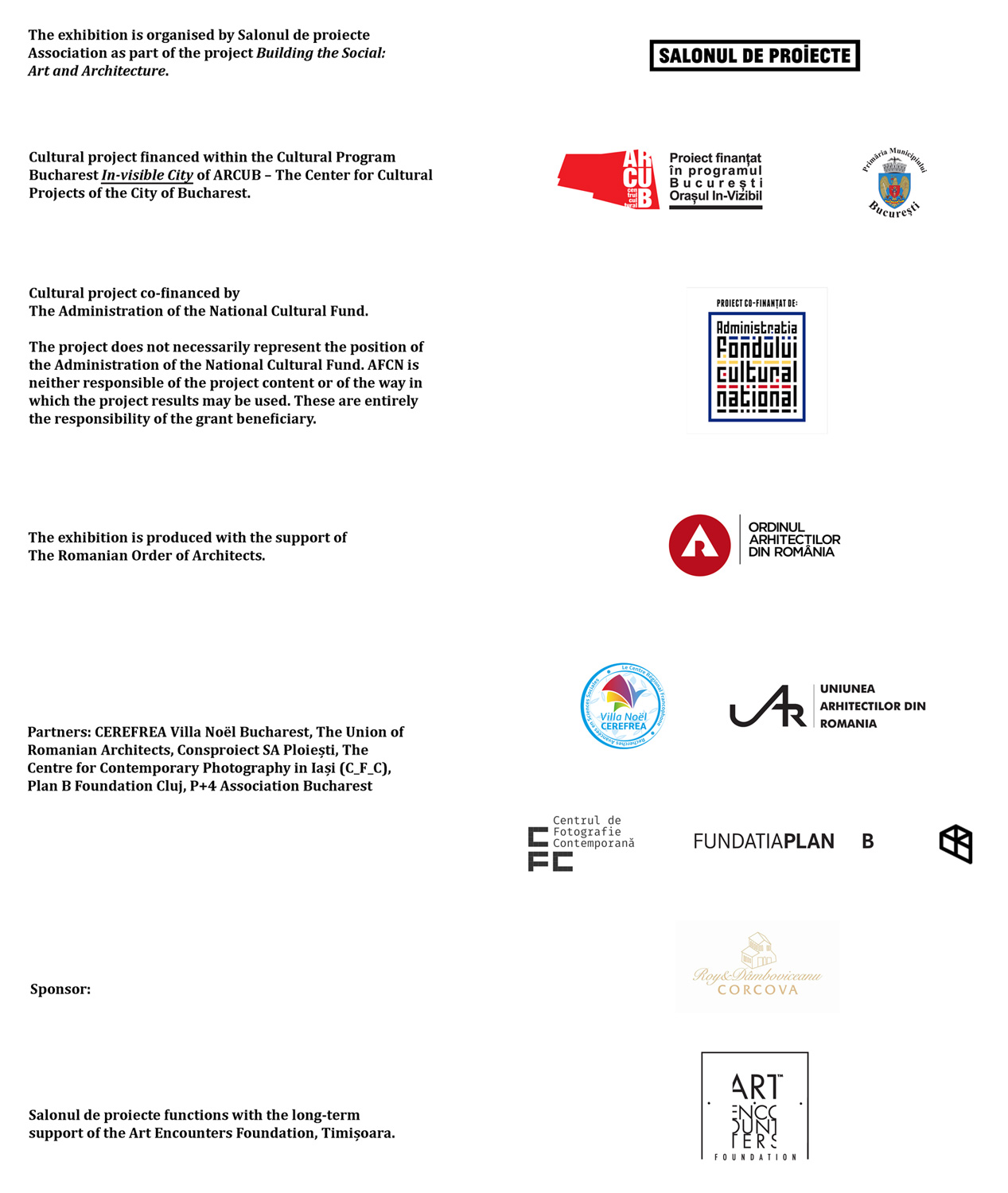 Motivated by a re-reading of Dziga Vertov’s The Factory of Facts and Other Writings (1926) and by studies and researches in urbanism and culture dedicated to the professional and political practices that shaped Romania’s civic centres from the 1960s to the 1980s, the exhibition The Factory of Facts and Other (Unspoken) Stories brings together a montage of visual commentaries that make up a subjective reportage on the condition of those public spaces today. The four case studies examined by studioBASAR, Matei Bejenaru, Nicu Ilfoveanu and Șerban Savu are cut-outs of everyday realities and social histories that are forgotten or overlooked and which, once transferred to the visual space, take on the value of symbolic reference points for the processes whereby the (post-)communist urban cultural landscape is transformed and represented.

The Factory of Facts and Other (Unspoken) Stories does not aim to trace a linear history of the dialectic of systematization and the public discourse that went hand in hand with the process of redefining Romania’s town centres. On the other hand, it does set out to reveal (unspoken) stories about the spaces and buildings that defined the civic centres, while at the same time reflecting on the social relevance of the interventions, as well as on the “logic” that influenced the means of negotiating and appropriating a past experience, of adapting it to the needs and phantasms of the present day.

The objective and analytical gaze of the artists focuses on and isolates urban images and architectural objects (such as the Trade Unions Culture Club, the Department Store, the central square, etc.), using a sensorial and cinematic approach to reflect on the way in which these representations have preserved their role as landmarks for community life. Likewise, these images and objects open up new perspectives for a reading of their structural role in the contemporary urban landscape, beyond the practices and procedures that have affected their functions, their aesthetic and their direct relation to the social dynamic existing at the urban level.

Within the economy of the exhibition, events, subjective experiences, images and architectural objects become stimuli for further reflection on the life of the city, on the contestations and challenges experienced by the everyday space, on unspoken and unknown histories. Exhibiting the alternative paths of an urban process, The Factory of Facts and Other (Unspoken) Stories ultimately invites the viewer to read its facts as an affective complement to recent social and cultural history.


The Factory of Facts and Other (Unspoken) Stories project will continue in a new format at the DOMINO Contemporary Art Space, part of the Paintbrush Factory in Cluj.


The exhibition is organised by Salonul de proiecte Association as part of the project Building the Social: Art and Architecture.