The exhibition presents a comprehensive selection of works produced over the last few years by duo Mona Vătămanu and Florin Tudor, works not hitherto exhibited in Bucharest, and also a number of new works specially conceived for this occasion. The public will be able to get an idea of the multiple directions and media that make up the practice of Vătămanu and Tudor. An emphasis on research is the unifying factor in their complex explorations, articulated through video, performance, painting, objects, installations, and interventions in space, all of which make visible the artists’ commitment to reflecting on the pressing problems of the contemporary world.

In the current global context, marked by the migration crisis, by deeper and deeper economic and social inequalities, by geopolitical equations and power relations dictated solely by the flow of capital, contemplation of the future can represent an exercise that highlights disillusion and hopelessness, or contrariwise, it can reveal possibilities of counteracting the asperities of the present through solidarity, shared ideals and communality. This duality is tested in the collective staging of an eighteenth-century painting by Giandomenico Tiepolo, Il Mondo Nuovo (The New World). The painting was first staged in 2004 and the work is here repeated for the third time, in the setting of the defunct Dudești armaments factory, a ruin from the past, which coexists alongside the seeds of a less dystopian development of the urban periphery. Bucharest is a city that systematically chooses to hide its wounds and to employ grandiloquent buildings to mask the irresolvable contradictions of its own history. In their practice, Vătămanu and Tudor often propose symbolic gestures of rehabilitation and healing, while at the same time pointing to a subtle interpenetration of the local and the global, of specific topologies, on the one hand, and the ideological ramifications of a socio-historical context, on the other. Through a non-emphatic proposal, for example, the artists conceive of a polemical transformation of the Cathedral of National Redemption, or else they set underway a reconstruction of the cosmos, employing cheap, renewable materials available to everybody. And such tacit interventions rest alongside the polyphonic din of a planet in upheaval, which the cumulative installation Encounter with History forces us to confront.

These are just a few of the provocative questions that the artists constantly ask us: Might the future be imagined differently? Might painful, traumatic reflection on the past bring about a reconversion of the way in which we choose to relate to the present and future? Might shreds of past utopias point the way towards transforming the entropic course of the present-day world?

The exhibition is organised by Salonul de proiecte Association as part of the project Building the Social: Art and Architecture. 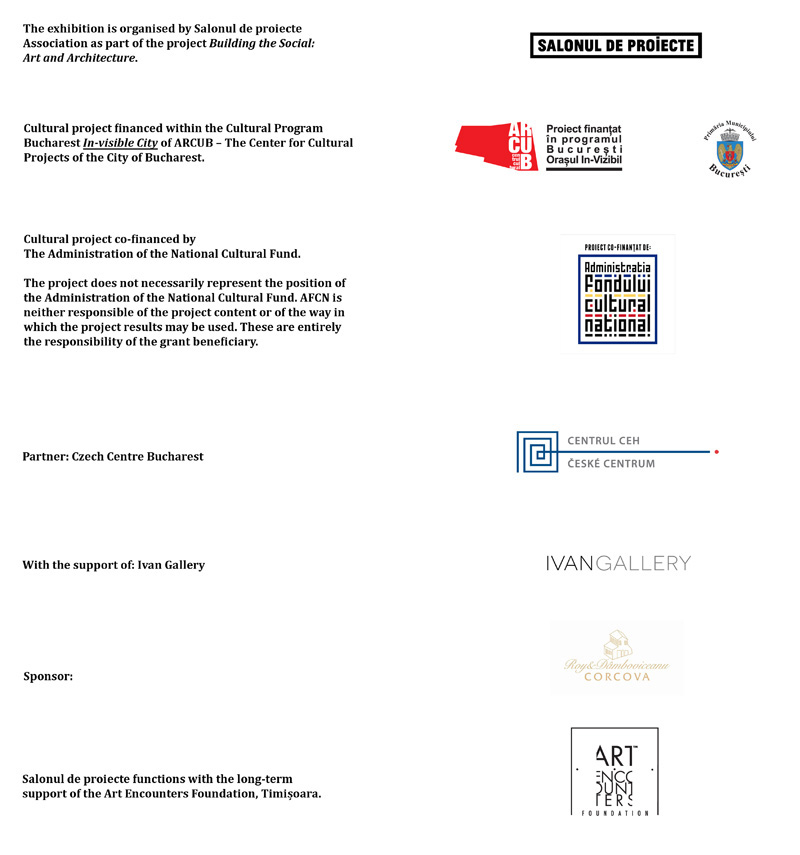