Artistic intervention in the EXPO_03_VERNACULAR exhibition

The second intervention featured in the exhibition EXPO_03_VERNACULAR involves the juxtaposition of photographs from the Mihai Oroveanu Image Collection with images from the Arab Image Foundation, one of the largest photographic collections, based in Beirut, whose archives are drawn from a transnational cultural space that spans the Middle East, North Africa, and the Arab diaspora. The project is connected to the current Covid-19 pandemic, as well as the specific context of Beirut, a city which last year was struck by a catastrophic explosion, and which is now faced with a dramatic situation, with the whole country suffering shortages of basic necessities, including water, electricity, and fuel. One effect of the rapid decline in living conditions is a no less damaging deterioration in mental health and a general sense of wellbeing, which cannot be remedied by any emergency intervention at the infrastructure level. Against this backdrop, Yasmine Eid-Sabbagh became interested in identifying within the Mihai Oroveanu Image Collection photographs capable of conveying an optimistic, hopeful message, to counterbalance the difficult reality and the collective trauma we are all going through nowadays. The archive was therefore navigated using affective criteria; photographs that capture leisure situations or simply depicting moments of joy and lightness resonated for her far more intensely in the present sorely trying context.

At the same time, this exploration was also transformed into an exercise in methodological reflection, which revealed the fact that the process of digitally cataloguing image collections more often than not eliminates the subjective-affective dimension, given the way in which information appended to documented “specimens” is compiled. In the Arab Image Foundation archive available online searches for keywords such as “joy”, “emotion”, “dancing”, “fun” produced surprisingly few results, while a search of the Mihai Oroveanu Image Collection came up with amusing mismatches when the keyword “fun” returned images having to do with “functionaries”, “functions” or “funerals”. A wider implication is that the standardisation of any metadata variant is counterproductive, and the descriptions attached to the images ought to be based on a team effort and a type of multidisciplinary expertise that should be granted the necessary time. Through the lens of her intense preoccupation with critically interrogating the archives, Yasmine Eid-Sabbagh also insists on paying an indirect tribute to the essential – but more often than not ignored, underfunded and invisible – labour of digital cataloguing, without which research and the knowledge to be derived from the study of archives would be impossible.

In her practice, Yasmine Eid-Sabbagh explores potentials of human agency through engaging in experimental, collective work processes. These include (counter-)archiving practices such as the negotiation around a potential digital archive (re)assembled in collaboration with inhabitants of Burj al-Shamali, a Palestinian refugee camp near Tyr, Lebanon, and radical pedagogical projects such as Ses Milanes-créixer a la natura, a self-organised forest kindergarten in Bunyola, Spain, using nature as main infrastructure. Photography often acts as a medium for her to communally investigate notions of collectivity, power, and endurance: for example, in her engagement as a member of the Arab Image Foundation (arabimagefoundation.org), a practitioners-led archival institution, and as a focus in her PhD in Art Theory and Cultural Studies from the Academy of Fine Arts in Vienna (2018).

The exhibition EXPO_03_VERNACULAR / A selection from the Mihai Oroveanu Image Collection focuses on a genre of photography that has enjoyed much attention in recent decades and which goes hand in hand with the effort to expand the range of approaches and methods of the history of photography. Vernacular photography is situated at the margins of established, standardised representations, with regard both to its image content and the freedom it takes with its nonchalant attitude towards the medium, making room for clumsiness and for the unpredictable, and activating a type of creativity akin to that of popular culture or elicits deeply personal and unique forms of expression.

The exhibition can be visited until November 28, 2021, the guided tours will be announced in advance on social media. 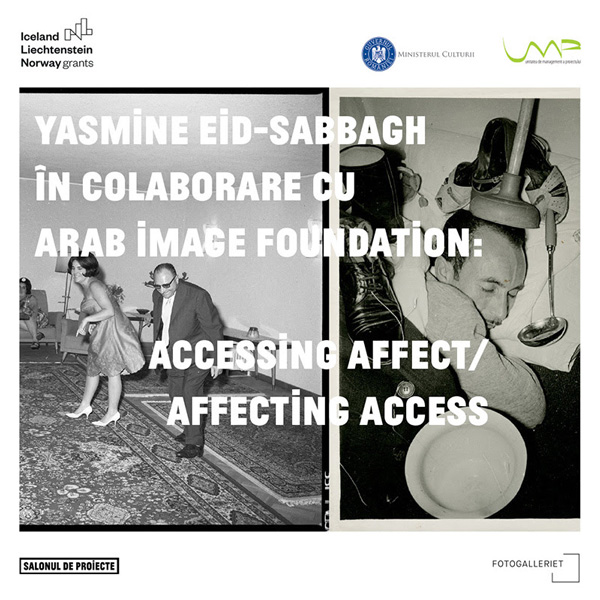