BOOK LAUNCH:
BRANCUSI - AN AFTERLIFE by Alexandra Croitoru and
IN THIS PAVILION ONE CAN SEE ART by Daria Ghiu

Salonul de proiecte in collaboration with IDEA publishing house and tranzit.ro/ București invites you at the launch of two new books – the Romanian edition of Brancusi: An Afterlife by Alexandra Croitoru and In This Pavilion One Can See Art. Romania at the Venice Art Biennial (1907-2015) by Daria Ghiu. The two authors graduated last autumn from the doctoral program at The National University of Arts in Bucharest and they had previously collaborated for an exhibition curated by Daria Ghiu at tranzit.ro/ București in 2013, which focused on the history of the Romanian Pavilion. As part of this exhibition, Napoleon Tiron was invited to produce the Brancusian Walking Stick, which is now featured on the English edition cover of Alexandra Croitoru's book. Their research interests share a focus on issues of national representation in the sphere of visual arts and they more particularly intersect in questioning the position of Brancusi as a national artist, as seen in the context of the history of the Romanian Pavilion at the Venice Biennale.

-----
Alexandra Croitoru’s research reflect an impressive investigation specific to cultural studies, in which the central element is the social construction of the Brancusi “myth,” as well as the processes by which this myth is reproduced and conserved in Romanian popular culture. The myth is here interpreted as a naturalised ideological construct, which ultimately comes to be identified with a national superstructure of identity. Within the framework of this research, the artist traces the genealogy of a number of cultural mechanisms that contributed to the mediatisation of Constantin Brancusi’s name and work both inside and outside the art world. The element shared by all these discourses is without a doubt fiction—that narrative construct fundamental to defining a nation as an imagined and imaginary community. (Cristian Nae)

Brancuși: An afterlife is edited and prefaced by Cristian Nae and is published by Salonul de proiecte Association Bucharest in partenership with IDEA Cluj (for the Romanian edition) and Archive Books Berlin (for the English edition). This editorial project is co-financed by The Administration of the National Cultural Fund and is produced with the support of Plan B Foundation and tranzit.ro/ Iași. The English edition will be launched at Archive Kabinett Berlin, date to be announced.

-----
We consider the exhibitions in the Romanian Pavilion in Venice as discursive structures, where one can hardly separate the work of art and the artist. We wonder now to what extent the artists see their presence in the Biennial as a matter of national identity or, rather, of personal and successful representation, in an international context. Also, to what extent did they actually felt represented? To what extent does the art exhibited in the Venice Biennial will ever be able to cut itself off from the national context? To what extent will the world political context need, at some point, such a competition? Venice Art Biennial is a revealer that provokes and shocks. For Romania, it represented from the very beginning a great opportunity to go into the world and look at itself from outside, to experience an objectivity that it would have never reached otherwise. (Daria Ghiu)

In This Pavilion One Can See Art. Romania at the Venice Art Biennial (1907-2015) is published at IDEA Publishing House, within a collection entitled “Exhibitions,” coordinated by Raluca Voinea. This editorial project is co-financed by The Administration of the National Cultural Fund.

-----
The authors wish to express their profound gratitude to their supervisors Mrs. Ruxandra Demetrescu, Mrs. Anca Oroveanu and Mr. Beat Wyss, who have supported them throughout their PhD research.

-----
Alexandra Croitoru (b. 1975) is a visual artist based in Bucharest (RO). Between 1993 and 1998 she studied at The National Academy of Arts Bucharest. Since 1999 she has been teaching at the Photo-Video department of the same institution. She holds a PhD from UNArte Bucharest. Since 2011 she is co-curator of Salonul de proiecte Bucharest. Her projects have been presented in exhibitions organized by prestigious institutions throughout Romania and Europe. Her PhD research, focusing on the “nationalization” of Brancusi in Romania, was the starting point for this editorial project as well as for the exhibitions she curated in 2015 in connection to it: The Sons and Daughters of Brancusi. A Family Saga – (Act I) at Galeria Plan B Cluj and (Act II) in the frame of Timișoara Art Encounters.

Daria Ghiu (b. 1983, Bucharest, RO), PhD in Art History and Theory from the National University of the Arts in Bucharest, with a thesis focused on the history of the Romanian Pavilion. Between 2010 and 2013 she was a fellow of the Swiss Institute for Art Research in Zurich (SIK-ISEA) within the bounds of the research project The Venice Biennale and the structures of the art sector. She studied comparative literature, art history and theory and she focused on her MA thesis on the global phenomenon of contemporary art biennials, as it was mirrored in Romania. Since 2006 she is an art critic and she writes art reviews and essays in Romanian cultural and art magazines and international art magazines. Since 2008 she works as a radio author and journalist at the Romanian Broadcasting Corporation – Radio Romania Cultural. She is also a curator (In This Pavilion One Can See Art. 89 Years with La Biennale, 2013, tranzit.ro/ Bucharest, Sights and Sounds: Romania, 2014, The Jewish Museum, New York). At the moment she is pursuing a postdoctoral research about national representation, with a focus on the Triennale di Milano. 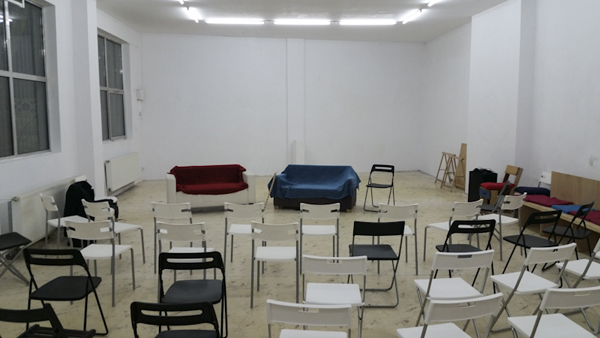 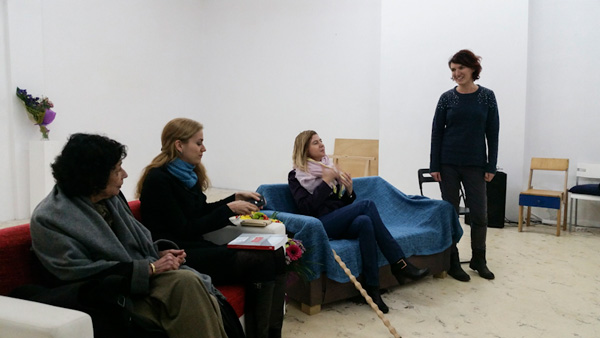 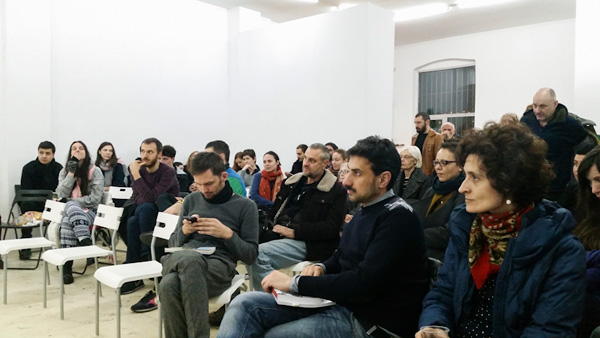 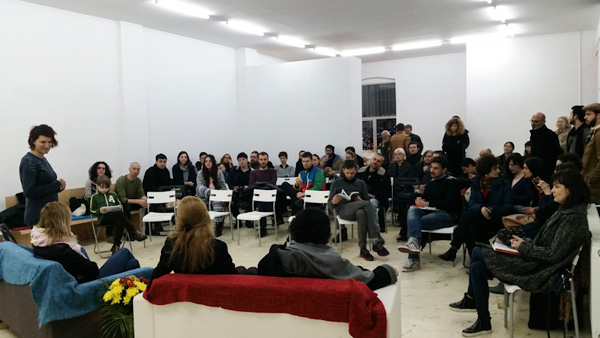 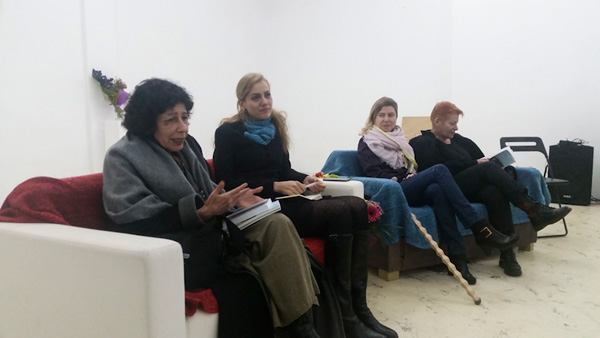