The “Englishes” event is constructed around artist Nicoline van Harskamp’s preoccupation with investigating the global use of English by non-native speakers around the world. Having already made a series of films focusing on the subject, the artist continued her artistic research in Bucharest, when Salonul de proiecte team invited her in the autumn of last year to make a film to be premiered at this event. The film “Portrait of an Englishes Collector” completes the series in which Nicoline van Harskamp seeks to provoke questions about the features and possible declinations of a future global English.

Where exactly do the fissures between universality and locality, between dislocation and adaptability, occur? What role does the linguistic factor play in shaping new class systems and how can these be short-circuited? Nicoline van Harskamp creates situations that foster various “language experiments,” relying on an ingenious play of actual interactions in a fictional setting. In Bucharest she filmed a peculiar species of linguist, who lives in reclusion (a character played by Voicu Rădescu), a voracious collector of variations of the English language, who unceasingly engages in real telephone conversations with people who live in the farthest-flung corners of the world. However, the “collector” does not work outwards from the centre to the periphery, but rather telephones from one periphery to another, deliberately avoiding the power centres of global capitalism and (implicitly) the standardisation of English.

The projections will be accompanied by introductions and commentaries, and a special session of presentations will widen the spectrum of issues articulated within the films. Renowned linguist Robert Phillipson, expert on invented languages Vincent W.J. van Gerven Oei and artist Veda Popovici will open the discussion to new subjects for reflection.

/ premiere of the video “Portrait of an Englishes Collector”
/ Q&A between lecturers, Nicoline van Harskamp, and the public

Free entrance by reservation at salonuldeproiecte@gmail.com.
There are 80 invitations available.

Nicoline van Harskamp lives and works in Amsterdam, where she teaches fine arts at the Sandberg Institute. Nicoline van Harskamp’s recent works use and explore the English language that is created among non-native speakers worldwide, and imaginethe (aesthetic) properties of a future spoken global language. Nicoline van Harskamp has presented her works at, among other places, the MUAC in Mexico City, the Frankfurter Kunstverein, Manifesta 9 in Genk, the National Museum in Oslo, D+T Gallery in Brussels, GMK Gallery in Zagreb, the Kadist Foundation in Paris, Performa 11 in New York, the SMBA in Amsterdam and the biennials of Shanghai, Limmerick, Gothenburg, Bucharest, Taipei and Sydney. She has staged her work live at KunstWerke in Berlin, TATE Modern, the New Museum and rhizome.org in New York, the Van Abbemuseum in Eindhoven, the Arnolfini in Bristol, the Serralves Foundation in Porto, the Stedelijk Museum in Amsterdam, Stroom in Den Haag and the Kaaitheater in Brussels.

Robert Phillipson is a Professor at Copenhagen Business School. He is perhaps best known for writing “Linguistic Imperialism”, a standard work about language and power, postcolonial and neoimperial languages. He has also written or edited books on linguistic human rights, multilingual education, language learning, and language policy. The core of this work is the roles of English in the modern world, the reasons for its expansion, and implications for other languages. This is of massive importance in continental Europe, in EU institutions, EU language policies, and in the interaction between the EU and member states. Robert Phillipson has lectured on language policy worldwide, and given PhD courses in language policy in Scandinavia, Hungary, and China. In 2010 he was awarded the UNESCO Linguapax prize. Even if he is British by origin, he lives and works multilingually. For more detail, see www.cbs.dk/en/staff/rpibc.

Vincent W.J. van Gerven Oei is a philologist with a background in music composition, linguistics, conceptual art, and philosophy. He studied under Avital Ronell at the European Graduate School and Christopher Fynsk at the Centre for Modern Thought. Recent publications include “Cross-Examinations” (Gent: MER. Paper Kunsthalle, 2015), “Allegory of the Cave Painting” (Milan: Mousse, 2015; co-edited with Mihnea Mircan) and “Lapidari”, 3 vols. (Brooklyn: punctum books, 2015). As a translator, he has worked on Jean Daive, Alessandro De Francesco, Hervé Guibert, Dick Raaijmakers, Avital Ronell, and Nachoem Wijnberg, among others, and his writings have appeared in journals such as “continent.”, “Frakcija”, “nY”, “Parmentier”, “postmedieval” and “Theory & Event”. Van Gerven Oei is co-director of punctum books, and directs the project bureau for the arts and humanities The Department of Eagles in Tirana and the multilingual publishing house Uitgeverij. He is also founding editor of the journal “Dotawo: A Journal of Nubian Studies”.

Veda Popovici works as a political artist, engaged theorist and local activist. Her interests include identity representations in art, intelectual genealogies of power, colonial (and) patriarchal histories and the political harmfull-/harmlessness of art. Recent works range from collective poltical art actions (with Bezna collective and The Presidential Candidacy) and creating public situations for communitarian articulation (the Other Us and Pink, Violet and the Rest) to inaugurating a Migrant’s Monument and video-performing the history of art through a feminist lens. Her work is based on situational interventions, performative and bodily resources and feminist decolonial approaches. Currently she is finalizing her PhD thesis on nationalism in Romanian art of the 80s and teaching a course on decoloniality in Romanian art and culture, both at the National University of Arts in Bucharest.

In partnership with: The French Institute in Bucharest

With the support of: Mondriaan Foundation, Amsterdam, The Netherlands Embassy in Bucharest and Bucharest AiR. 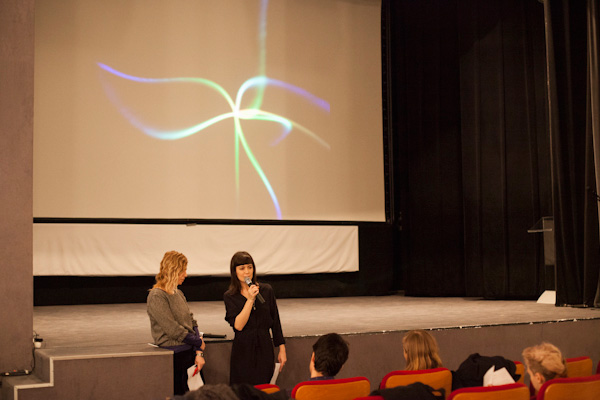 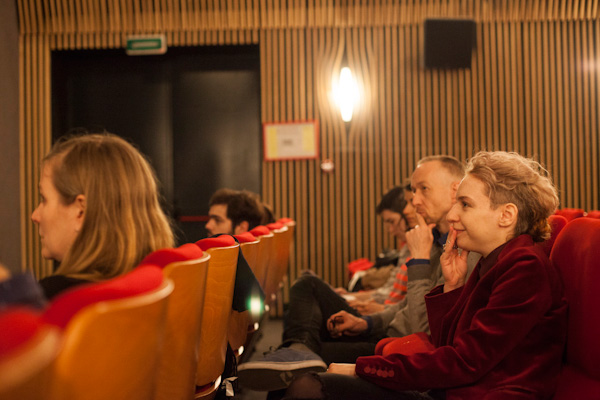 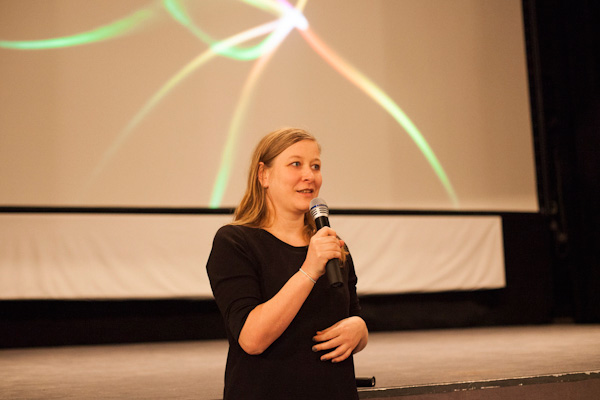 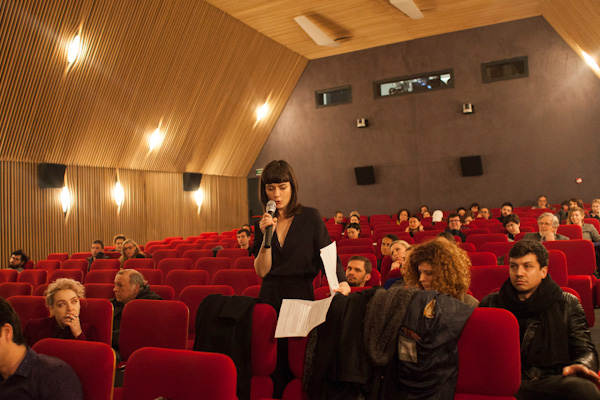 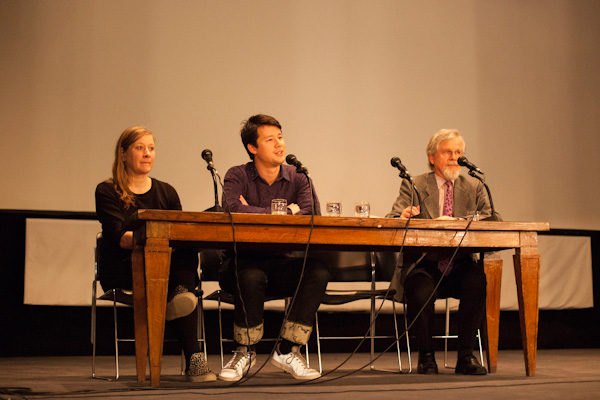 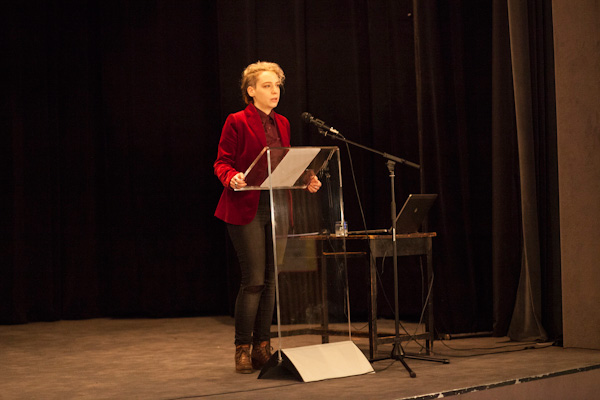 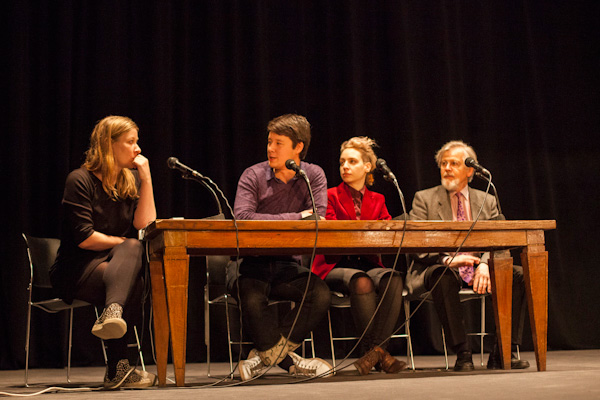