On this occasion, Pierre Bal-Blanc is reflecting on Collective Exhibition for a Single Body, a project he initiated in the frame of documenta 14, in collaboration with the Greek choreographer Kostas Tsioukas, and performers and dancers Myrto Kontoni and Tassos Koukoutas. A body is dissected into distinct parts, as in an anatomical study. Each part, limb, muscle, or organ becomes the medium of an action overseen by the curator and the choreographer and created by a selection of documenta 14 participating artists who work in a variety of disciplines. The proposed gestures are translated into scores and performed by three dancers among the visitors to the museum in an aleatory fashion, continuously repeated.

Pierre Bal-Blanc is an independent curator and art critic based in Athens and Paris. He was curator for the Documenta14 in 2017 in Athens and Kassel and director of CAC Brétigny (Contemporary Art Centre of Brétigny, greater Paris in France). There from 2003 to 2014, echoing the societal thought of Charles Fourier, he has run the Project Phalanstère, a series of site-specific proposals aiming at critical rethinking of the logic behind accumulation of art works. His exhibition sequences La Monnaie vivante/Living Currency adapted from Pierre Klossowski essay (CAC Brétigny/Micadanses, 2005–06; Stuk Leuven, 2007; Tate Modern London, 2008; MoMA Warsaw and Berlin Biennale, 2010) and Draft Score for an Exhibition (Le Plateau Paris, Artissima Torino, Secession Vienna, 2011; Index Stockholm, 2012) negotiate the current and historical analysis of the body and the strategies related to performance in visual arts.

Collective Exhibition for a Single Body is part of EVENING CLASSES: Actions by Day and by Night, a program conceived by Manuel Pelmuș, focusing on the connection between the different temporalities and modes of attention to be found in dance and the visual arts, as a way of reflecting on the economies and possibilities produced by this potential hybrid space. For more info please check: https://salonuldeproiecte.ro/projiects/ 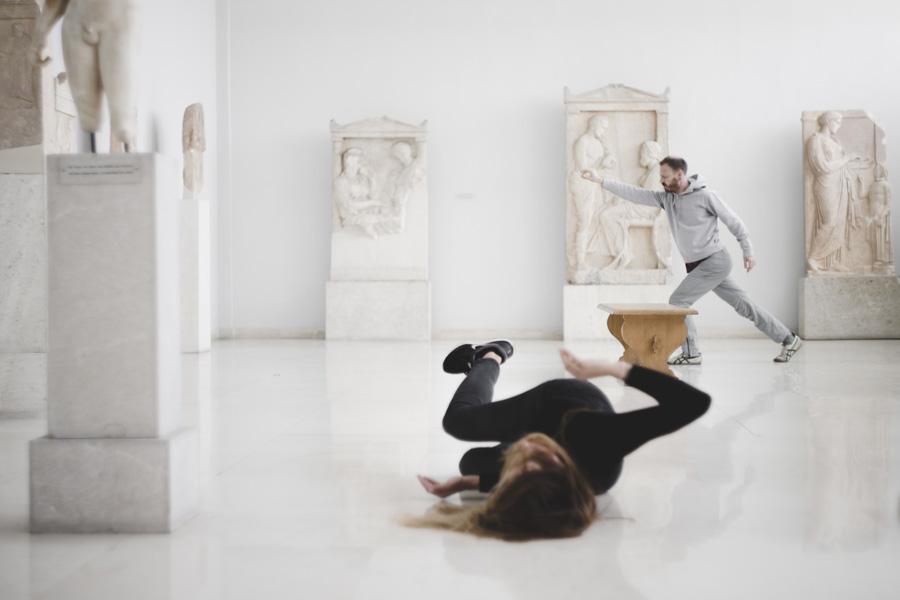