The present event marks the fifth anniversary of the exhibition arising from the Open Call that Salonul de proiecte launched in 2011. Our commitment to support contemporary art by young artists has hitherto materialized in seven exhibitions presenting dozens of new projects. This is the eighth exhibition, with works selected by Nedko Solakov. It is also the first exhibition organized by Salonul de proiecte to be held in the new Universul Printing House space, bringing to a close the transitional phase in which Salonul de proiecte operated nomadically. The stability provided by the move to a new space encourages us to look to the future with hope and optimism. During our nomadic period, it was a challenge to ensure continuity, but we were happy to have the support of partner organisations and individuals who stood by us institutionally, financially, and emotionally. We thank them all!


The works produced for this exhibition combine a multiplicity of media and interdisciplinary approaches: performance, film, video, installation, objects. The common denominator is the oscillation between pessimism and hope, between acknowledgement of limits and failures and the need to imagine new horizons of the possible. For Luminița Apostu, her need to break away from the art system and the pressure and difficulties of being an artist today has been transferred to a new artistic gesture. The pressure of success also appears in the work by Larisa David, who carries out a study of the ceremonies and gestures that accompany the celebration of victory in national sport. In the case of Ivana Mladenovic, sport becomes a pretext for exploration of situations in which human interaction is primordial, and reality is re-sized beyond the social through the addition of a poetic register. Maria Baroncea and Allison Peacock bring to attention space in itself, which has its own dynamic, and the shared experience of all those caught up in an exhibition context. Ioana Păun gathers together elements of her personal past, from the period in which she had contact with a different reality, the Iraq of the 1990s, transforming these elements into a complex installation that also includes performance. Lucian Bran speculates on the limit between reality and fiction in a research that focuses on the nature to be found in places used as backdrops for film productions whose action is set in different times and spaces.


At the end of the year will be launched a publication presenting all the works produced as part of the Open Call 2011–2016 programme. 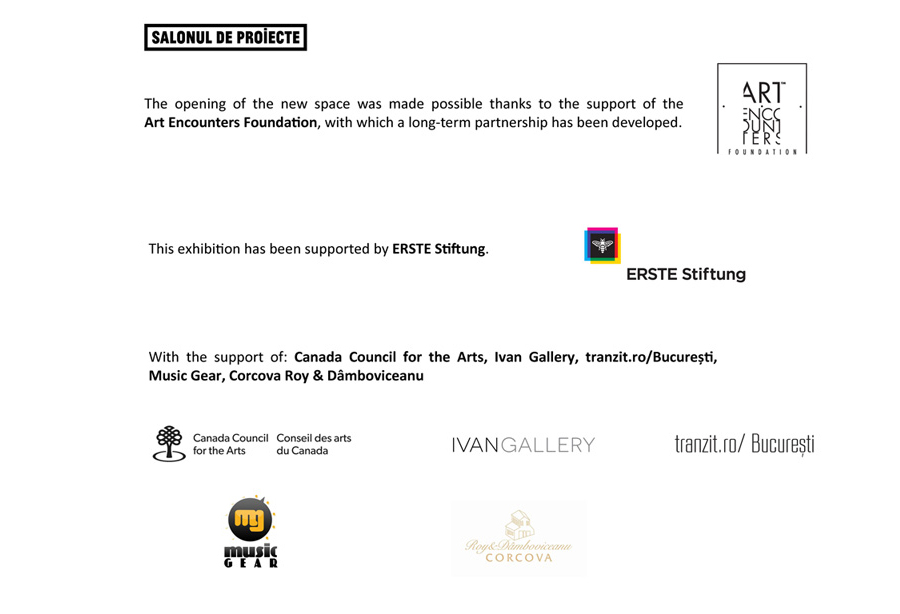