Exhibition in the frame of Viennafair The New Contemporary (Vienna): 10 – 13 october 2013

Further info about the publication

The Dear Money project started with an exhibition organised by Salonul de proiecte in October 2013 at Viennafair, as part of the section for non-profit arts spaces. It originated in the urge to react to the context that hosted this initiative backed by OMV, a multinational company also present in Romania. As a curatorial programme with a distinct identity, which unfolds within a contemporary art museum, Salonul de proiecte to a large extent promoted the emerging local scene, but did so from a position that encouraged endeavours implicated in the current local and international socio-political dynamic, fostering reflection on issues that cut right across the public discourse, from polemics on the recent past, migration and the global economic crisis to the role and status of the artist in the difficult circumstances of the present day. In other words, it systematically encouraged a type of art in which the pressures of the market have not shaped—or at least not in a determining way—the configuration of the works that this institutional structure has produced (and exhibited) over the course of time. The apparent harmony and proximity of the agents that cohabit within the space of the art fairs nonetheless does not conceal the tensions that pervade the arts system when the problem arises of supporting arts practices that are not subordinate to market forces, practices that manifest themselves in various forms of socio-political interventionism or which make critical gestures aimed at the instrumentalisation of education, knowledge and art in contemporary society. From this point of view, the presence of Salonul de proiecte at Viennafair with an exhibition constructed on the subject of the relationship between money and art is obviously aimed at creating friction between the context and the content of this entry.

This project has also provided an opportunity to look back on the activity of Salonul de proiecte. The Dear Money exhibition and book came into being as a result of a call for contributions addressed to all the artists with whom the programme had worked from its foundation in October 2011 up until the summer of 2013, when invitations were sent out. The theme was inspired by a work by artist Marina Albu, made prior to the call, which consisted in an affective, imploring message addressed to money, of which Marina was experiencing an acute lack and which she wished to persuade to come back to her. The result of the call was forty contributions that tackled the relationship between art and money from various angles. The heterogeneous nature of this set of works demonstrates the inclusive attitude of the curatorial approach—one that defines the principles that have hitherto guided the way the Salonul de proiecte works—and the fact that no suggestions were given as to which particular aspects of so vast a subject should be touched upon. Thus, one may detect critical approaches to specific circumstances that conditioned presentation at the Viennafair, just as one may also glimpse echoes of past exhibitions organized by Salonul that have guided the contributions of some participants. The theoretical texts by Bogdan Ghiu, Michael Baers and Suzana Milevska re-dimension these contributions to a certain extent, projecting them onto the backdrop of complex, current, urgent debates concerning the global crisis of the capitalist system. 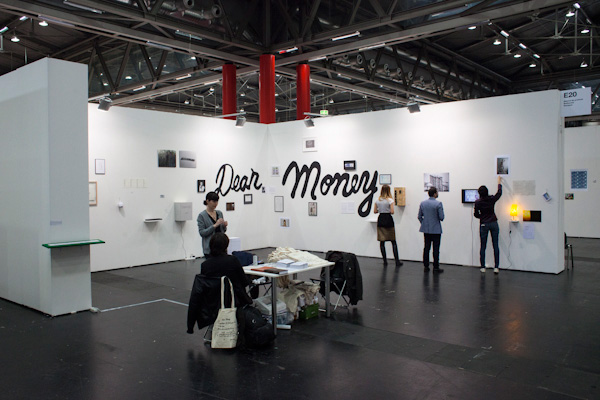 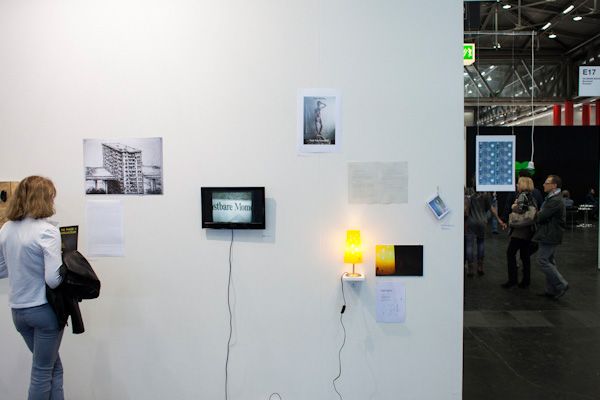 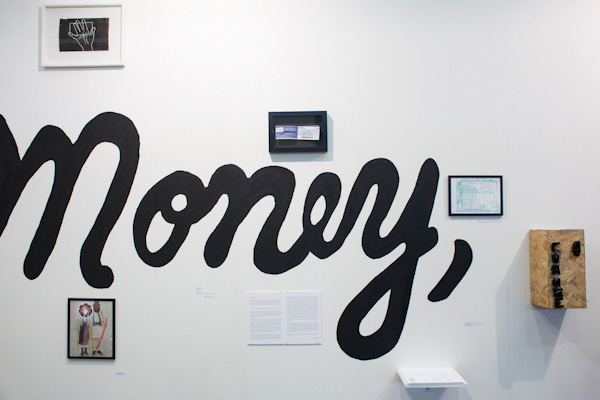 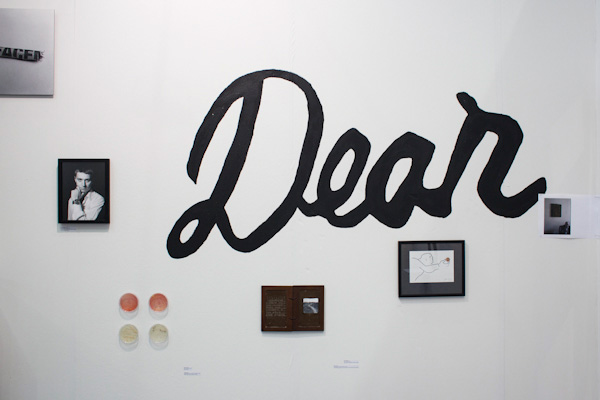 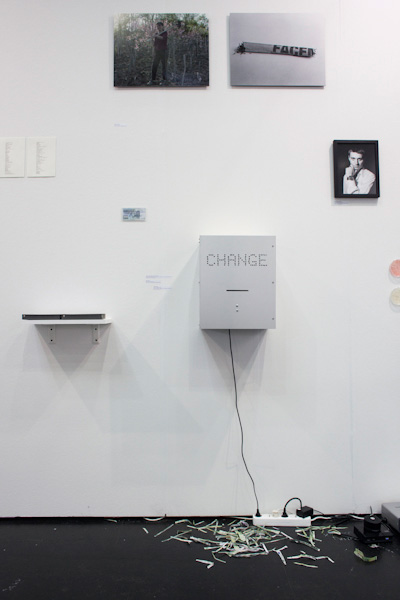 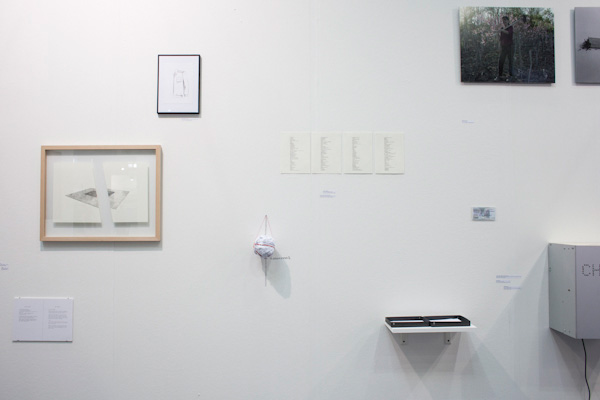 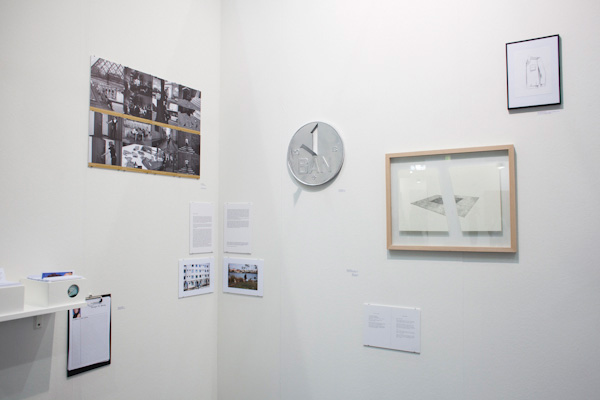 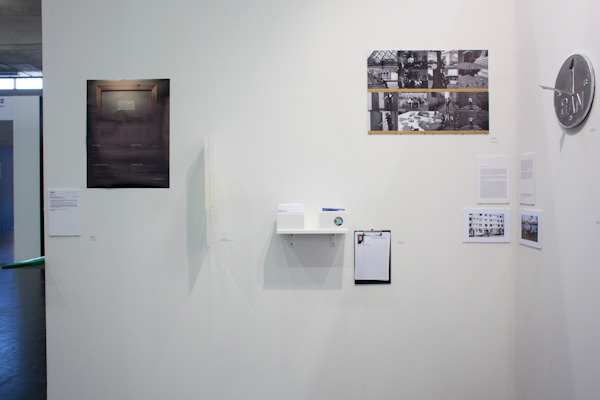 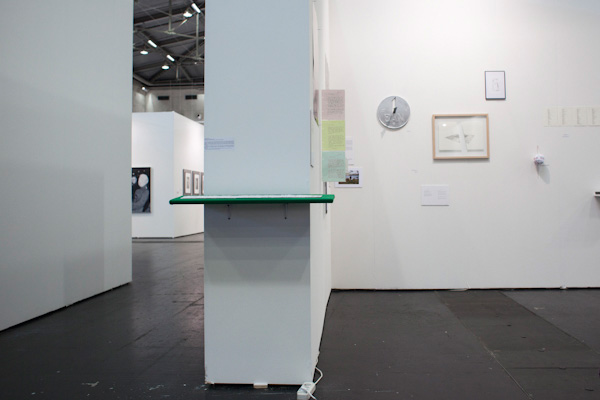 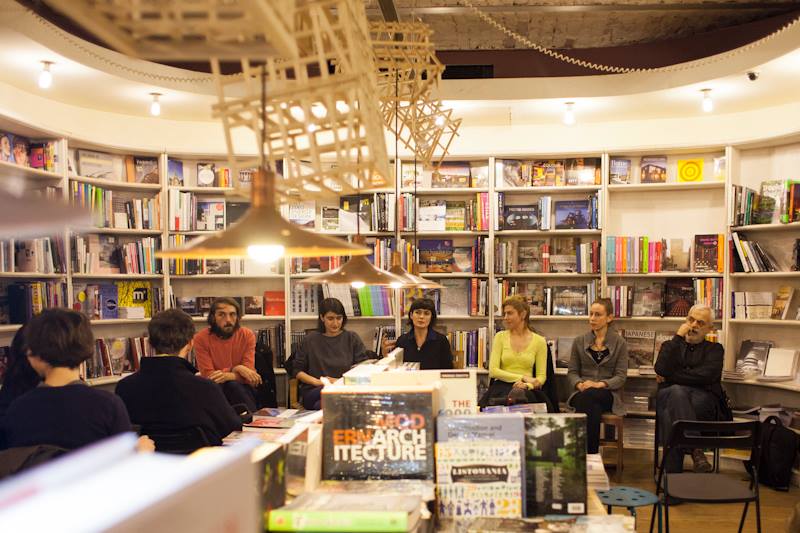