The second exhibition showcasing materials from the Mihai Oroveanu Image Collection, part of the ongoing program focused on this impressive archive of photographs, brings together a wide range of techniques that shed light on the evolution of the photographic medium, from glass plates and film negatives, now scanned for the most part for the first time, to original prints made by photographic studios active in Romania between the late-nineteenth century and the mid-twentieth century, from carefully choreographed official photographs that control the manner in which their subjects are presented to vernacular improvisations in which the freedom of movement in front of the camera is incomparably greater. The selection unfolds like a montage, which brings together themes and typologies linked by visualisation via photography of the gender question, while on the other hand, putting forward unexpected juxtapositions that confound expectations, destabilise meanings that are culturally embedded, and stimulate the interpretative mechanism of each individual viewer.

The exhibition explores the various forms of performativity—and of the performance of gender—involved in studio photography, the social status of the subjects captured in photographs, the codes, the limits, but also the transgressions that can be occasionally detected in such circumstances. Emphasis is also placed on the propaganda image as conceived in close connection with issues to do with the representation and division of labour according to gender norms—undoubtedly a rhetorical trope, but one that grants female figures a prominent role within society, placing them in the foreground of a vision of the country’s modernisation. By contrast, another dimension of the exhibition explores the way in which the male gaze is articulated through photography, the objectification and erotisation of the female body, as well as the stubborn perpetuation of such a dominant viewpoint, regardless of context or period. In assembling this complex montage of representational types and differing modes of employing photography, the angle of the reading is deliberately feminist. It critically interrogates stereotypes of gender figuration and at the same time attempts to counteract gaps and discriminations that are still deeply ingrained, by choosing to re-read the past through the lens of the ideas of equality and social equity.

Obliquely, the selection of images in the exhibition tackles the very question of representation, highlighting the fact that almost every photographic construct is filtered by a wide range of norms and conventions that are of greater or lesser prevalence. Thus, apart from inventorying positions, situations, moments that might be perceived in close connection with the socio-political dynamic in Romania or with the tenor of private life, the exhibition seeks to reveal above all the way in which the mechanisms of representation operate when the category of gender is scrutinized. One such approach is based on the conviction that photography, the image, the mirroring of the past in the wider sense, must be revised and interpreted from the perspective of wider historical narratives, while nonetheless recognising that in certain instances they have the power to transcend numerous types of normativity and to reveal excluded subjectivities, rare forms of autonomy, also recalling “vast regions of those who remain unrecognised,” unknown, invisible.

Special thanks to Iulia Toma for her contribution to the new configuration of the exhibition display.

Details regarding the interventions of contemporary artists and the guided tours of the exhibition will be announced in advance on the project’s webpage and on social media.

This exhibition is part of the project Photographic Image Between Past and Future. Its main objective is to preserve and bring into public circulation an archive of photographs of enormous cultural and historical relevance, and at the same time to organise around it contemporary art activities. The project will unfold from June 2020 to November 2021, in partnership with Fotogalleriet Oslo. The total budget of the project is 170,000 Euros, of which the value of the non-refundable financial support is 152,000 Euros.


RO-CULTURE is implemented in Romania by the Ministry of Culture through the Project Management Unit. The Programme aims at strengthening social and economic development through cultural cooperation, cultural entrepreneurship and cultural heritage management. The total budget amounts to 29 million EUR. For more details: www.ro-cultura.ro 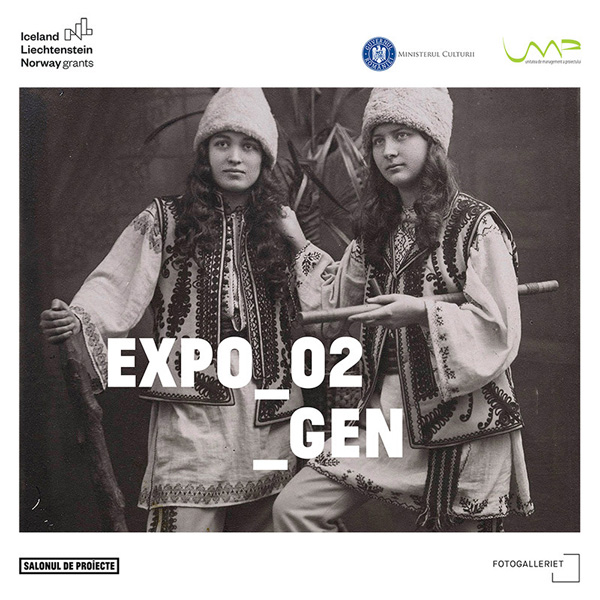