This exhibition is the start of a collaboration between Salonul de proiecte and Spike Berlin, the purpose of which is to introduce a wider audience to some of the projects pursued by Salonul de proiecte’s ongoing activities in Bucharest since 2011. Framed by an attention to locality, the programme has been conceived of as a means to engage in broader transnational conversations. The exhibition “This part that seemingly needs to get out through a place in my body” was first presented last summer in Bucharest, and subsequently toured to Strombeek Cultural Center in Belgium as part of the Europalia 2019 Festival, in connection with a larger project focused on the subject of migration.

This exhibition is a proposal that tests its own approach and methodology and accepts its own inevitably fragmentary nature, induced by instances of institutional conditioning, as well as by the intrinsic volatility of the subject. It is a reflection on a phenomenon examined all too little in the context of Romanian contemporary art: the migration of Romanian artists to the West during the communist period, and focuses more closely on the late 1960s and 70s. Restricting the scope of the examination even further, it is important to point out that the exhibition highlights the careers of artists active in Bucharest before their emigration to the West at various times. Some among them are figures well known internationally, albeit not yet fully assimilated into the canons of art history. At the same time, “This Part That Seemingly Needs to Get out Through a Place in My Body” brings to attention artistic practices, episodes, and contexts that are insufficiently documented and thus may occasion re-evaluation. In some cases, the artists whose trajectories we look at decided to make a complete break with the Romanian art scene and their previous interests; while in others, there are obvious continuities and connections with artistic circles and friends from Romania that lasted decades. Sometimes, there are also circumstances where prolonged contact with the realities of the West prompted a reconsideration of one’s original decision to “remain” in Romania.

This multiplicity of positions reinforces the complex dimension of this topic and the difficulties of setting it within a rigid framework. But, however complicated such an initiative might prove to be, there is a hope that the presentation of this material will draw attention to a vast social and cultural phenomenon—emigration and exile during the Cold War—that is essential to an understanding of the way in which the artistic field was configured in Romania, with an indelible imprint on how it looks today. In times of global migration, when mobility and human interactions unfold according to completely different co-ordinates, it is important that we remember a period when the chance to travel abroad could completely and irrevocably change the course of a person’s life. Reactivating the memory of those decades today becomes all the more necessary since the anniversary of 1989 might urge us to reflect anew on the changes in the political regime thirty years ago. In revealing intersections between East-West viewpoints, this project brings together multiple positions that articulate a critical but lucid perception of the West, and touches upon the issue of the failure to adapt—sometimes compounded by a conscious refusal to do so—to the artistic mechanisms of the “free” world.

This exhibition continues the path taken in previous ones by Salonul de proiecte: organizing historical exhibitions that rely on a diversity of materials to engage in a curatorial approach that is closely bound to re-contextualisation and the production of alternate historical narratives. This type of visual exploration is conceived as an open field of research, bringing to the fore documents, texts and accounts, but is also one which, at least in this instance, comes to reveal, indirectly, its own inconsistencies. The scarcity of sources, of material traces, the almost unsurmountable difficulty of giving form to human experience, and the complex psychology of exile, are integral elements in this fabric of voices and artistic positions, which articulates an arresting message about the present and about the need to conceptualise new historical constructs. 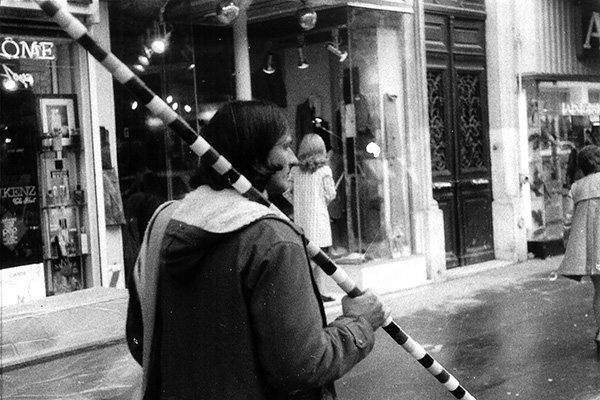 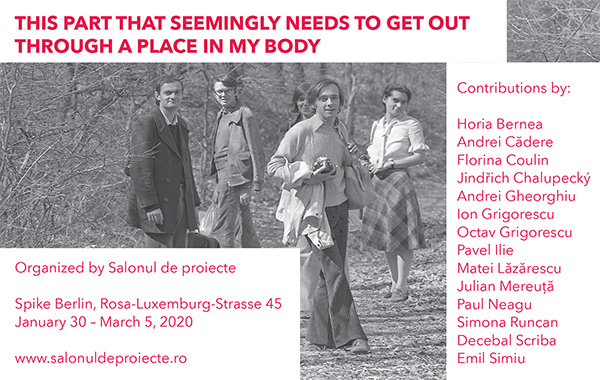