Artistic intervention in the EXPO_02_GEN exhibition

The first artistic intervention in the EXPO_02_GEN exhibition, which draws on materials from the Mihai Oroveanu Image Collection, is a collective-participative video work conceived by Mihai Mihalcea and entitled Family Album. In this particular instance, the source is a 1920s–1930s album of nude photographs representing various female figures in poses that avoid the forced eroticisation and objectification of bodies that we usually find in such situations. The inventory of poses and gestures that are constructed in relation to the camera conveys an impression of relaxation, naturalness, and a ludic spirit, and points to a type of acceptance that reveals vulnerabilities, but also subtle ways of asserting the power and subjectivity of the women captured in the photographs.

Mihai Mihalcea has chosen to transpose this album in a video format that brings together the communities of people to which he is attached in various ways, in a period when lack of contact with others, isolation, and loneliness have affected everybody’s life. The original photograph album thereby becomes a point of reference and “travels” through various contexts, spaces, and bodies, having the potential to become a vehicle to preserve for the future the network of Mihalcea’s friends and acquaintances who make up his extended family: friends, colleagues, cultural workers, artists, members of the queer community, collaborators. The participants were invited to use their bodies to recreate within the domestic space a particular photograph selected from the original album, but rather than static images, the method chosen was interpretation via brief video sequences. These unpretentious film vignettes, which were not directed or controlled by the author of the proposal, are put together in a video montage that filters the material very little or not at all. Adapting an album-type format to today’s conditions aims not only to produce a time capsule of the present day, the way memory used to be preserved in photographs, but also to make visible the tension, so defining of the present moment, between the powerlessness of each of us—“nakedness” also signifies defencelessness in the face of the pandemic—and the need to be together by resorting to corporeality, as the body is both a major factor of vulnerability and an agent of imagination and communication against all odds.

Mihai Mihalcea (b. 1969) is an artist and choreographer based in Bucharest. He initiated and co-founded key structures and projects which led to the international recognition of Romanian contemporary dance scene such as Marginalii group, Solitude Project Association, Multi Art Dance Center, subRahova, Căminul Cultural program. Between 2005-2013 he was the Director of the National Dance Center in Bucharest, an institution he co-founded. The choreographic works he produced between 1994-2009 have been presented in institutions and festivals such as Tanzquartier Wien, Tanz im August Berlin, Paris Quartier d’Été, Springdance Utrecht, Bucharest National Theater, La Filature Mulhouse. In 2010 he assumed a fictive artistic identity, Farid Fairuz, under which he continued his work until 2019 and made choreographic works and performances, live and for camera, presented both in the context of visual arts and of contemporary dance at: Kunsthalle Gent, Black Box Theater Oslo, Rencontres Choreographiques de Seine-Saint-Denis, Hebbel Am Ufer (HAU) in Berlin, The Paintbrush Factory Cluj, The National Dance Center Bucharest, The Contemporary Art Gallery of Brukenthal Museum Sibiu. Since 2019 Mihai Mihalcea returned to his real name and to the National Dance Center in Bucharest as Head of Programs and Projects.

The exhibition EXPO_02_GEN / A selection from the Mihai Oroveanu Image Collection brings together a wide range of techniques that shed light on the evolution of the photographic medium, from glass plates and film negatives, now scanned for the most part for the first time, to original prints made by photographic studios active in Romania between the late-nineteenth century and the mid-twentieth century, from carefully choreographed official photographs that control the manner in which their subjects are presented to vernacular improvisations in which the freedom of movement in front of the camera is incomparably greater. The selection unfolds like a montage, which brings together themes and typologies linked by visualisation via photography of the gender question, while on the other hand, putting forward unexpected juxtapositions that confound expectations, destabilise meanings that are culturally embedded, and stimulate the interpretative mechanism of each individual viewer.

The exhibition can be visited until July 4, 2021, the guided tours will be announced in advance on social media.
*Visiting hours may differ due to COVID-19 restrictions, please check on social media for updates. 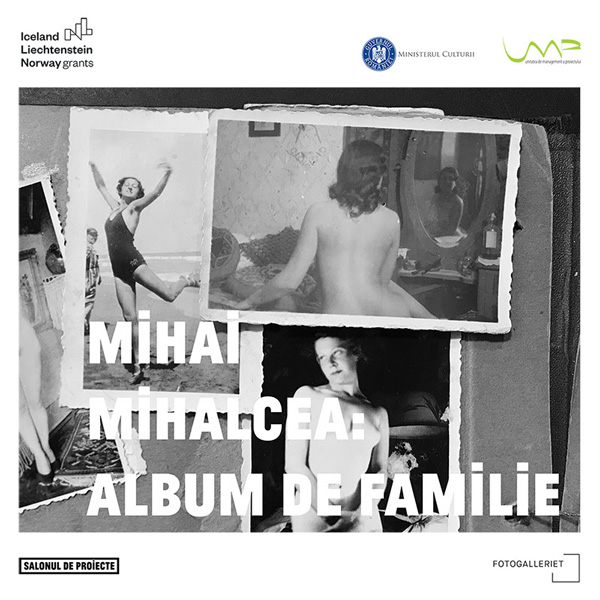