This book encapsulates five years of the Salonul de proiecte curatorial programme, whose mission was to foster the production of contemporary art in Romania and the Republic of Moldova. The Open Call programme was the driving force behind this project, against the precarious backdrop of a local art scene riven by a lack of resources or any infrastructure dedicated to artists. This publication is an important collection of works shown over the course of the eight exhibitions that resulted from the annual calls for projects; it is a relevant archive of the recent history of Romanian art, as well as a useful platform for future research projects.

In 2011, this programme dedicated to emerging artists was proposed to Mihai Oroveanu, the then director of Bucharest’s National Museum of Contemporary Art, in the belief that the logistic and financial support of a public institution for this type of initiative would be important. For four years, the venue for our programme was MNAC Anexa and over the course of time it became a vital space for the local art scene. The final exhibition in the series of eight was independently organised by the Salonul de proiecte Association in its new space in the Universul Building. The publication of this volume and the holding of the exhibitions resulting from the 2015 and 2016 Open Calls would not have been possible without the financial support of the Erste Foundation, Vienna, which understood the relevance of such a curatorial and publishing project in Romania.

The Open Call programme can be said to have been Salonul de proiecte’s most dynamic direction, given the diversity of the media employed, as well as the interdisciplinary nature of the projects, which were frequently situated at the interface between visual art, contemporary dance, performance, experimental music, and theatre. Many of the resulting works circulated afterwards in various contexts, being presented in prestigious exhibitions, locally and internationally. The works have a life of their own, beyond the context that produced them. By the same token, we hope that this publication will be more than just an attempt to file away an exhibition programme, and that instead it will become a useful tool for all those interested in researching contemporary art in Romania. 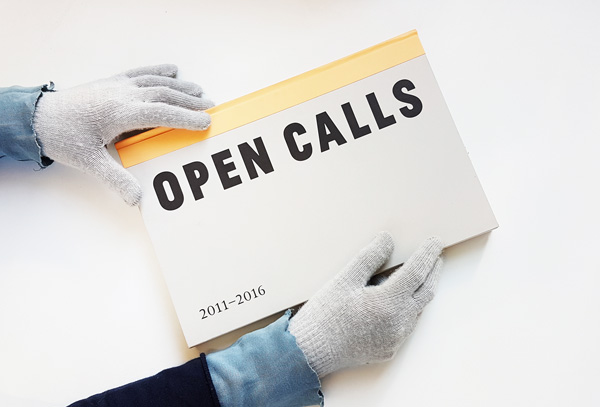 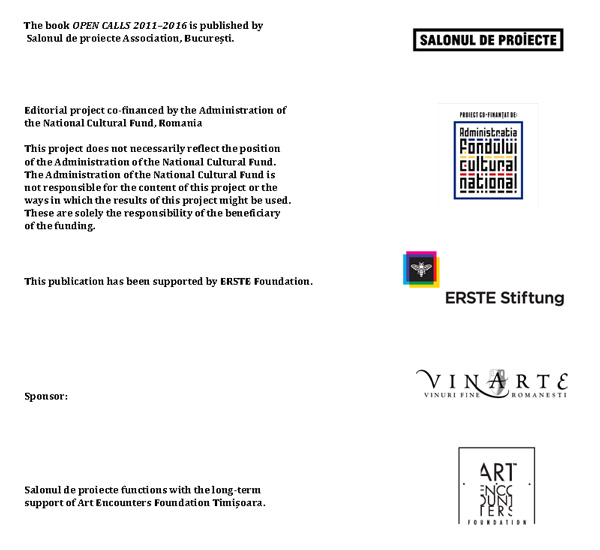