MANUEL PELMUŞ:
MOVEMENTS AT AN EXHIBITION AND BORDERLINES

In the lecture performance Movements at an Exhibition and Borderlines Manuel Pelmuș reflects on the “performance turn” in contemporary art, on the experience economy, the mechanisms of value production, the strategies of disappearance, and the politics of visibility in our media-saturated society. His discourse in structured according to the limits entailed by the physical body. To be more precise, the limits between live performance and audio installation here become increasingly porous. The hierarchy of the senses undergoes a process of alteration: hearing supersedes vision. Different versions of this performance recently took place in Paris, Berlin, Hong Kong, Düsseldorf, and Zagreb. It will be held in English.

“Movements at an Exhibition and Borderlines” is part of “EVENING CLASSES: Actions by Day and by Night,” a program conceived by Manuel Pelmuș, focusing on the connection between the different temporalities and modes of attention to be found in dance and the visual arts, as a way of reflecting on the economies and possibilities produced by this potential hybrid space. For more info please check: https://salonuldeproiecte.ro/projects/ 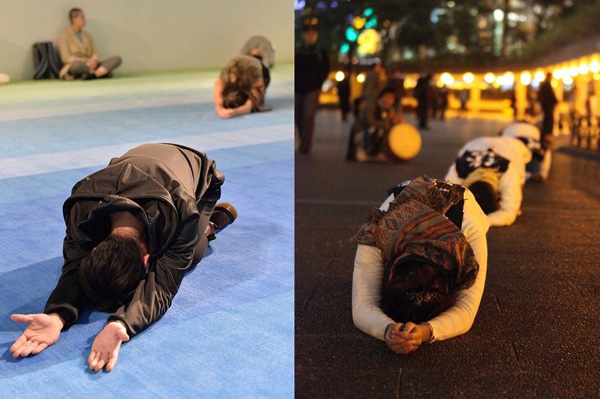