The presentation of this series of video works brings to a close the programme dedicated to the intersections between performance and contemporary art, a programme which Salonul de proiecte set underway in April. The first episode, consisting of the EVENING CLASSES: Actions by Day and by Night programe, focused on the current types of discourse surrounding the “new performance turn” and was conceived by Manuel Pelmuș, while the second segment, configured by Adriana Gheorghe, featured a series of durational performances imbued with a theoretical dimension.

This selection of video works extends the interest in politics of the body and the manner in which these have been declined over the course of time, interrogating institutional conventions and social norms, and at the same time opening the way to experiments with video language in relation to performativity practised in order to be recorded on camera. Many of the works touch upon questions deriving from queer theory and feminism, traversing a multitude of historical contexts and geographical spaces. Founded as early as 1971, and one of the oldest archives of its kind in Germany, the n.b.k. Berlin video collection contains more than 1,600 works of international video art. Thanks to these screenings, we are able to provide students and the wider public with an opportunity to make direct contact with a series of key works of video art, which are otherwise impossible to view in Bucharest or at festivals and difficult to access online.

The title of the program comes from a work of the same name made by Ulrike Rosenbach in 1974.

This program is organised in cooperation with Video-Forum of Neuer Berliner Kunstverein (n.b.k.). 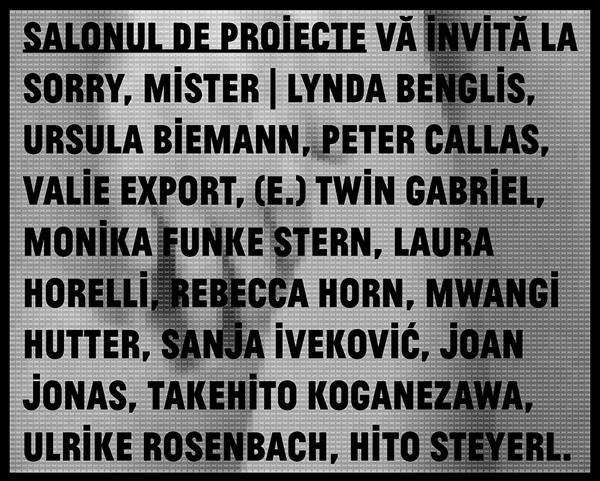 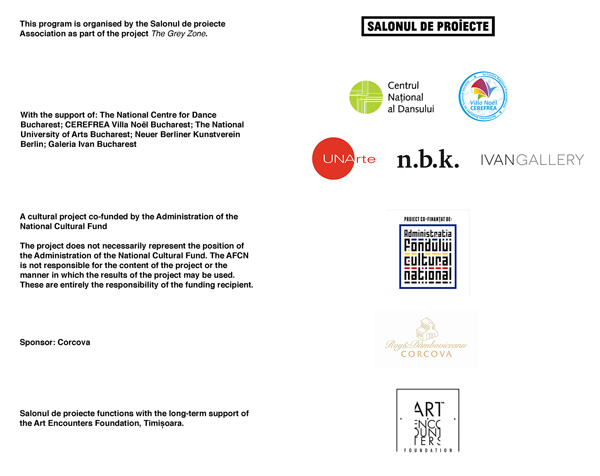